Short on cash but with time de sobras, I decided that going camping was my best bet to go on vacation on a shoestring budget. I feel that I missed the boat on a lot of things during childhood, camping being one of them. So, we decided to buy a tent in Decathlon and set off for the Pyrenees. However, almost as soon as we bought it, we broke the elastic bands that held the poles together and it was un lío putting them back together again. I would definitely recommend going camping as a cheap way of traveling around Catalonia. We only paid 24€ (roughly 27 US dollars), which ended up being 12€ (13 US dollars) each per night. You can see the finished product below.

We stayed a few days in a small town called Sort, Catalan for ¨luck¨, which we used as a touching-off base to travel about 34 km away to Aigüestortes National Park, the only Spanish national park located in Catalonia. The park gets its name because of the abundance of water you can find there with its lakes that number at almost 200! We took the hike up to Sant Maurici Lake pictured below.

We enjoyed our stay in Sort and the campground was quite budget-friendly but the entire town was overrun by mosquitoes due to its location next to the river Noguera Palleresa, so we decided to hightail it on out of there and mosey on down to Jaca, a small city in the Aragonese Pyrenees which I was pleasantly surprised by.  It has everything – excellent food that is a good bang for your buck, the Camino de Santiago, close proximity to France, etc. I could write an entire blog post about it  and will probably do so in the future.

The majority of our trip was spent in Jaca, but the meat of this blog post, in photos at least, will be about Cervera, the capital of the Segarra region in Lleida Province. We passed through this medieval town on our way back to Barcelona. I thought it was quite interesting, because of the alleyways that surround its perimeter and the fact that it has a university which was constructed between 1718 and 1740. Given the odd choice of location for a university, its not surprising to learn  that a little tit for tat was involved and the town was chosen  because of the fact that it supported King Felipe V during the War of the Spanish Succesion.

Cervera also stands out for its festival called Aquelarre, which means a meeting of witches where curses are carried out. The magical spectacle will be held on the 26th and 27th of August this year. Children dress up in costumes and you can buy new age products there in the Fira del Gran Boc. The entire festival is centered around the Carreró de les Bruixes (Witch Street), a street from the 13th century, whose name was changed in the 14th century according to a legend thar witches tended to gather there during each full moon.  It certainly looks spooky!

Last but not least for all your craft beer lovers out there, Casa Damalses brews a beer for a good cause in the Carrer Major and employs workers who are at risk of social marginalization in the Segarra region providing them with a path to economic empowerment.

Oh and BTW, another interesting fact is that Cervera is the hometown of Marc Márquez if motorcycle racing is your thing.

Have you been to Aquelarre? What did you think of it? Let us know in the comments! 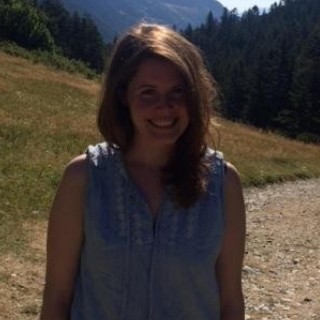 Find out more about living in Barcelona. I've been here for around three years now and looking forward to sharing my experiences with other expats.